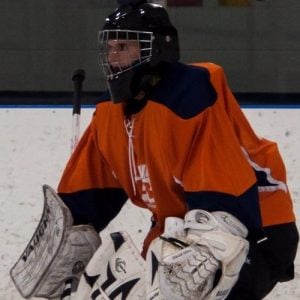 Cody strapped on the big pillows in April of 2015, a year after joining the ARL for the first time. In the Fall/Winter 2015 season, he signed up as a Goalie, starting his journey in rec hockey as the guy between the pipes. Prior to ice hockey, Cody played a season as a roller hockey goalie during high school. The goalie itch would appear again 10 years later.

The ARL extends a very special thanks to...