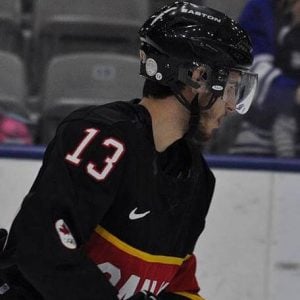 In the late days of December, 2013, Cody made a New Years resolution to begin playing ice hockey again. The last time he was involved in a hockey organization was back when he was 10-11. Training at the well known Hockey Opportunity Camp, where he received the Most Improved Player award his first year, and was recognized as “a natural” in the closing ceremonies the year after. Unfortunately, the next time he stepped onto the ice pad to play the sport he loved wouldn’t be for more than a decade.

In January 2014, Cody begin going to public skates every other day to get back the skating tempo he had lost in dormancy. After getting back up to a comfortable skating level, he picked up a stick again and started practising with the puck. Being 24 and a beginner, there weren’t a ton of options for recreational play in Burlington. Luckily, he stumbled upon the ARL. In March, Cody joined the Spring Blast tournament with friend Steven Chomik. Right away he knew the ARL offered a fun, social and friendly environment. He joined the Summer league and has been playing since.

The next puck drop

Icetopes vs St. Pats (On time)

The ARL extends a very special thanks to...